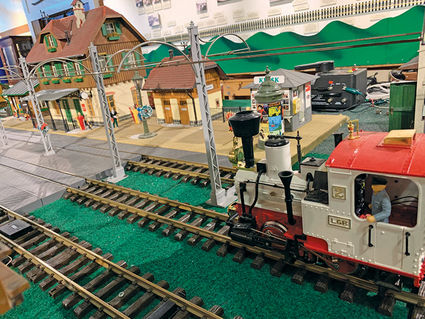 Mike Nixon and his team set up the annual holiday train village at the Tehachapi Depot Railroad Museum in time for Santa's visit on Dec. 1.

Mike Nixon and his team did Tehachapi proud for the arrival of Santa Claus at the Tehachapi Depot Railroad Museum on Dec. 1.

The days leading up to Breakfast with Santa and photo ops with the jolly elf, Nixon and crew were busy setting up the holiday train display inside the Depot ... making sure each house, track and miniature figure was in the best position. Dozens of picturesque houses, holiday decorations and miniature characters, line the 32 feet by 12 feet train village display. There's nothing quite like a train set at Christmas time and Nixon's collection is quite impressive.

Nixon and his family moved to Tehachapi in the late 80s and has helped set up the holiday village for six years. Nixon has collected trains for many years and is happy to setup the grand display from his own collection. In the 90s Nixon prepared his train display at the veterans Hall through the Hospital Guild, as well as store fronts within the community. The trains, homes and accessories were all stored away until the Depot was ready, where it has become a holiday staple.

"We like to do this because we are part of the community. Being part of the parade, setting up the train ... we really like being a part of this community," he said. 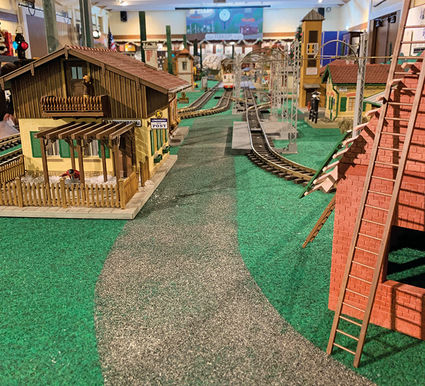 Mike Nixon's train collection gives guests a taste of rural Germany and Switzerland in the 40s and 50s.

He enjoys sharing his enthusiasm for trains with the Tehachapi community. While he doesn't have any plans to expand this collection, the existing holiday train village is always a hit with children, families and Santa himself.

For the most part, docents at the Depot run the train and share information about the collection. But when Nixon is present with his collection, he likes to remind visitors, "this is a good representation of rural Germany and Switzerland in the 40s and 50s."

Nixon said the holiday train village will be on display at The Depot through New Years. The Depot is located at 101 W Tehachapi Blvd. and is open Thursday through Monday, 11 a.m. to 4 p.m.