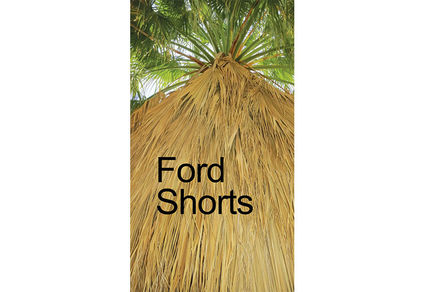 Ouch – half a percent – The Wasco Union High School District needed 55 percent approval in the Nov. 6 election to pass a $40.5 million bond measure that would have built a new gymnasium and aquatic complex and modernized existing buildings at Wasco High School. The "yes" vote was 54.48 percent, which is .52 percent shy of the required 55 percent. The "no" vote was 45.52 percent. The vote count was 1,765 to 1,475. Two other school districts in Kern County passed school bond measures, both by solid margins clear of the 55 percent mark. Arvin Union School District voters approved a $15 million school bond measure for renovation, construction and maintenance of facilities with a 73.53 percent "yes" vote to 26.47 "no." The vote tally was 1,372 to 494. The larger Panama-Buena Vista Union School District's $90 million measure to build three new schools and modernize existing facilities passed with a 62.27 percent "yes" vote against 37.73 percent "no." The vote tally was 20,704 to 12,545. The Panama-Buena Vista Union School District is impacted by population increase and has grown more than 20 percent in the last decade. The data is from Kern County Elections Division results as of Nov. 20.

Hold on a minute – "The election is not certified yet, so the numbers can still change," according to the Kern County Elections Division. "We're still counting." (as of Nov. 20). It's not likely the Wasco "yes" votes will catch up enough to provide the Wasco students a new gym and pool.

The process –The Elections Division counted votes from polling places on election night. The office still is examining and counting – one by one -- provisional and conditional ballots and those with missing signatures or mismatched signature forms. Provisional and conditional ballots must have been postmarked by 5 p.m. on election day, Tues., Nov. 6, and have arrived at the Elections Division by Fri., Nov. 9. The results will be certified on Dec. 7.

Rec & Park looking ahead – Voters in the Tehachapi Valley Recreation and Park District (TVRPD) spoke convincingly against the $43 Million Measure R that would have built new facilities and repaired old ones in the district, with an upside-down response on Nov. 6, of 67.66 percent voting "no" and 32.34 percent voting "yes" (5,706 to 2,727 votes). The measure needed a 2/3 approval (66.67 percent) to pass. With the community's long-term commitment to paying hospital bonds, the taxpayers apparently did not care to add more property taxes. At the Greater Tehachapi Economic Development Council (GTEDC) 7:30 a.m. meeting the day after the election, a weary TVRPD manager Michelle Vance choked up during the introductions and later recouped. "We're alive and well," Vance said. "We know how to lose, and we know how to win. We're not going anywhere. Our problems aren't going away. Do we care enough to keep Parks and Rec viable enough to have families move in? Parks are the window to the community. We are working on a backup plan... we're going to need your help. If we don't re-invest, we die. The next plan has to be grassroots."

We got Amazon too – Also at the GTEDC meeting, Michael Clark, deputy for newly re-elected Kern County 2nd District Supervisor Zack Scrivner, who was in Maricopa (part of his expanded supervisorial district), said the supervisors had signed an agreement for a two-million square-foot Amazon distribution center to be built near Meadows Field airport in Bakersfield. The location is four hours by truck from 40 million people, he said. "The county is giving a one-time $3 million tax incentive," he said. The center will generate 900 to 1,500 new jobs at starting salaries of $38,000, and will bring $111 million a year in economic activity to Kern County.

Tehachapi winemakers – Jim Arnold of Triassic Legacy Vineyard reported a successful harvest and an equally successful recent meeting in Tehachapi between the Tehachapi area wine growers and Congressman Kevin McCarthy. McCarthy is helping the area winegrowers attain the valuable appellation d'origine controlee, which is a designation that refers to the place where the wine grapes are grown. The local wine growers cannot use the name "Tehachapi" by itself, as someone has used it already on their pinot grigio. The designation on the local growers' labels will be "Tehachapi Mountains." Michele Dorner of Dorner Family Vineyard said the grand opening for their wine-tasting room will be May 17.

Inmate count – California Correctional Institution (CCI) spokesperson Elias Garcia said at the GTEDC meeting that the number of inmates was 3,821 (Nov. 7), an increase of more than 100 from the previous month. The new pharmacy has opened at the prison and the clinic is nearing completion. Note to Tehachapi newcomers: The 1,650-acre CCI campus in Cummings Valley is part of the city of Tehachapi, which annexed it in 1998, although CCI and the city proper are 9.7 miles apart.

Caltrans winter road closures – Thank you Bill Deaver for forwarding the Caltrans list of seasonal and temporary highway closures for the East and West Sierra Nevada Mountains. Temporary closures: Ebbetts Pass (SR-4), Sonora Pass (SR-108) and Tioga Pass (SR-120). Closed for winter season: Bishop Creek (SR-168W) and Mammoth Lakes (SR-203). The Caltrans notice says, "Several factors weigh in to influence the temporary closing, opening and seasonal closures of our pass roadways. Storms, accumulation of snow, and road conditions are all considered in the decision-making process by Caltrans leadership. In the case of SR-120 in Yosemite National Park, leadership confers with Caltrans to coordinate closure of park entrance gates (Tioga Road) as well as Caltrans gates (Tioga Pass) and decide when to close for the season. If you are headed into the mountains, check quickmap.dot.ca.gov. or call the California Highway Information Network, 1 (800) 427-ROAD (7623).