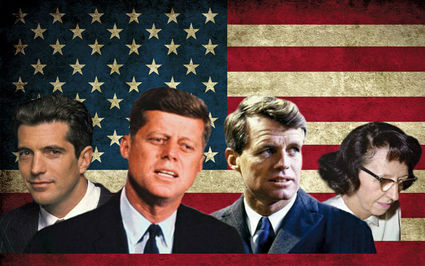 Tehachapi resident, Christopher Fulton has come forward for the first time to give the country and the world answers. Fulton had possession of the closest physical evidence to President Kennedy's fatal head wounds and was the first person since Robert F. Kennedy to listen to JFK's secret Oval Office recordings. In his unprecedented book, "The Inheritance: Poisoned Fruit of JFK's Assassination"-coauthored by his wife, Michelle Fulton-he has unlocked some of the mysteries that have haunted our nation for the last 55 years. Although this is Christopher Fulton's story, it is really about all of us.

The book reveals that following the political coup in 1963, Robert Kennedy fought to keep possession of the key evidence in his brother's assassination. He used that evidence to covertly prevent World War III, keep the remaining Kennedy family safe and pave his way to the White House in 1968, where as president, he would have set the record straight. In the mid-1990s, that hidden evidence transferred into the hands of Christopher Fulton through Evelyn Lincoln, President Kennedy's personal secretary. The non-secured materials had the ability to alter the course of U.S. politics and history; following Mrs. Lincoln's passing, the U.S. Government intervened.

Because of Fulton's possession of the evidence and the unheard, non-security reviewed Oval Office tapes, his name was recorded in the National Archives in connection with the Assassination Records Review Board's investigation under President Clinton-some of those files have since been removed and are currently missing. During the ARRB's investigation, Fulton crossed paths with President Ronald Reagan, the Clinton White House, the Russian Government, future President Donald Trump, the U.S. Justice Department, the U.S. Secret Service, and the Kennedy family themselves. In 1998, JFK Jr. reached out to Fulton to acquire the evidence. Following that, Fulton was labeled a threat to U.S. national security, placed on the FBI's most wanted list, arrested, extradited and interrogated without counsel. He was then viciously prosecuted and federally incarcerated. Fulton is the last survivor of the U.S. government's ongoing attempt to finalize the suppression of the unsecured evidence from JFK's assassination.

Before the government's scheduled 2017 release of JFK documents, Philip Shenon, the recently lauded author of "A Cruel and Shocking Act," said, "The question remains whether [President Trump] will open the library in full – every word in every document, as the law requires. And my understanding is that he won't without infuriating people at the CIA and elsewhere who are determined to keep at least some of the information secret, especially in documents created in the 1990s." After the documents release, he said, "The most secret material is still secret."

"The Inheritance" reveals the true intentions of Robert Kennedy and Evelyn Lincoln, as well as Christopher Fulton's secret pact with John F. Kennedy, Jr. After reading The Inheritance, Dick Russell-author of thirteen books, one considered a classic on the JFK assassination, and others written with RFK Jr.-said "[it is] the single most compelling piece of evidence that Lee Harvey Oswald did not act alone, that someone else fired the fatal shot from the front, that a conspiracy existed-indeed that a coup d'etat may have taken place in Dallas."

"The Inheritance" is a rollercoaster ride through the hidden history of the United States and the gauntlet of persecution that Fulton personally suffered. It was written because the American people have been lied to and they have the right to know the truth. This history must be uncovered for us to understand what is happening today.

"The Inheritance" will be released worldwide through TrineDay publishers on Nov. 22 and has been submitted for a 2019 Pulitzer Prize. It is available for pre-order on http://www.amazon.com, through Barnes & Noble and many other bookstores. For more information or to pre-order a personalized, signed copy, please visit http://www.cmfulton.com. Christopher and Michelle will be donating a percentage of their book sales to Marley's Mutts, PTSD Foundation of America, Ronald McDonald House, and the John F. Kennedy Presidential Library.

Christopher's first on-screen appearance will be on Open Up Live on Nov. 15. You can tune in at http://www.bakersfield.com to see the hour-long interview by former Senior News Anchor of the CBS affiliate television station in Bakersfield and former Editor at The Boston Globe Don Clark; Bakersfield Californian Reporter and Journalist Robert Price; and former White House employee and Executive Producer and host Tina Miller.

A release event is scheduled to take place in Tehachapi in the new year.

Christopher Fulton was born in 1965, just outside Washington, D.C., into a family with rich military history. He was on his way to being accepted to the U.S. Naval Academy at Annapolis but chose a career in commercial construction. His discipline and diligence took him to the top of the high-rise construction industry in Vancouver, British Columbia, where at age 33, during the height of his success, he was extradited and spent years in federal prison for his possession of physical evidence in JFK's assassination. Michelle Fulton was born in Vancouver, Canada, and earned her Bachelor of Music Degree from the University of British Columbia. The Fultons reside in California with their two children and rescue dogs. 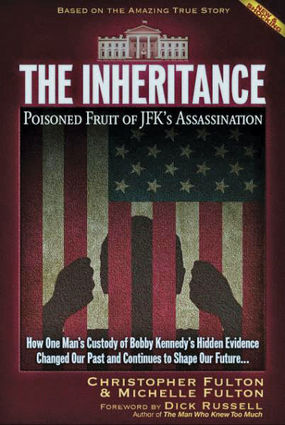