Truck lanes on the 58 discussed 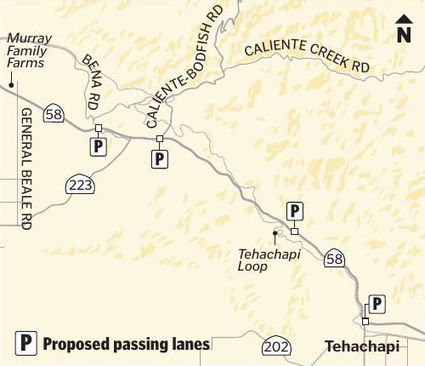 In the final minutes of the Sept. 17 City Council meeting, Councilman Phil Smith mentioned that, after his many years on the Kern Council of Governments (Kern COG) and his appeals to Caltrans for truck climbing lanes on Hwy 58 between General Beale Rd. and Tehachapi, there recently has been movement from Caltrans.

"We will be getting regular updates on the project study report which should be completed some time next year," said Smith.