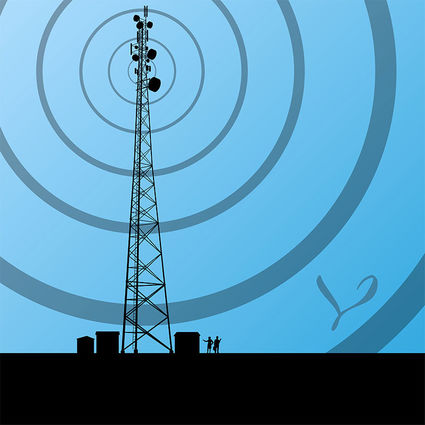 The Tehachapi City Council voted unanimously to approve a Verizon Wireless cell tower ground lease agreement on Airport Hill, better known as the Rock Pile, located at the rodeo grounds. The original request came from Verizon in July, 2017 but had to be sent to the FAA for review as they wished to approve any non-aeronautical uses of airport land.

The FAA requested that the City hire a consultant to assess the fair market value of the lease. Airwave Advisors, LLC was contacted and their recommendations were received in February of this year. Their findings resulted in a rental increase of approximately $250 per month. They also added an initial fee of $5,000 for administrative costs and a 3 percent annual increase.

This was welcome news to the City as the revenue generated from airport ground leases is a major source for operating funds for the airport. In addition to the initial fee, monthly revenue will now be $2,250 for a total of $27,000 to be added to the Airport Fund annually.

Also approved by the City Council was an opportunity to join an amicus brief supporting the Federal Government in its lawsuit against the State of California's Sanctuary State policy. Several months ago, the Council had instructed City Attorney Tom Schroeter to find an amicus brief appropriate for them to join. At the Sept. 17 meeting, Schroeter submitted the brief he felt best aligned with the Council's position on this case in favor of the Federal Government. It was written specifically for municipalities in California by Sarah Rehnberg who is the Director of Legislative Regulatory Affairs and Staff Counsel at the Immigration Report Law Institute in Washington D.C., the legal arm of the Federation for American Immigration Reform. Other cities that have joined the brief are Yorba Linda, Escondido, Alisa Viejo, Glendora and Laguna Niguel. Councilman Phil Smith did abstain from the vote.