It's hard to be a 'good deed doer' 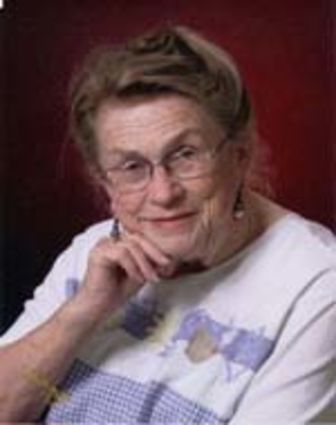 A few days ago I drove up our Golden Hills street to our mailbox. I had quite a bit of mail and was putting it into a bag when I noticed a Package Box key on the ground. Thinking I had dropped it as I picked up my mail, I opened the package box wondering what I had waiting for me.

"I'll just deliver it!" I say to myself. Yeah, good idea.

Why don't people put their house numbers where they can be seen? I could not be sure just where the package owner actually lived for certain, as several houses in that area must have had their house number where I was not looking (Under a flower pot. In the attic?). Finally, I just stopped at a house with a number not far from that which I was seeking. He, wasn't sure about his neighbor's name, but was certain of the house number. She was the correct person. I inquired as to her name before handing over the parcel. She had not known the key had fallen from her mail. Man! It's hard to be a "good deed doer!" End of story. Well, not quite.

Until 1958 the United States mail was brought to town by train, picked up and taken to our local Post Office where the citizens could get their mail. A wall of little boxes, each with a combination lock, held their mail. Most everyone had a box number. Those that didn't called for their mail under the title of General Delivery, but they still had to come and pick it up. The citizenry of our small town was less than 2,000 at that time and the post office was a good place to meet one's friends. Businessmen would greet friends and other businessmen each morning. They would then meet at the local café for coffee and conversation about the state of the world and the last Warriors' game. A good way to start the day.

In 1937 my parents moved us from Mojave to a farm in the Old Town area. We had mail delivered to a mailbox on the road going past our farm. Our mailbox was very large. My dad thought if a little box was good, a bigger box would be better. C.M. DAVIS, in large letters, was printed on the side. A wonderful person would bring our mail and put it in that box and we'd run out and get it. No Post Office box for "us farmers," it was special delivery five days a week. The special service did not end there, for if my mother had a letter to mail, we placed it in the box and raised the red metal flag. The delivery person would stop and pick it up for mail purposes. One step further for the kind mail delivery person to do was merely a "good deed," for if my mother did not have a stamp she'd place three pennies on the letter to be mailed and the person would not only mail the letter but buy a stamp and affix it to the envelope. Three cents was the price of a stamp in 1937. Packages were also left for us. In the giant mailbox we had, the packages usually fit, safe from any weather.

The address most people put on the envelope when writing to someone in our town was just Tehachapi, California. No zip, no box number in those days. The people in the Post Office knew everyone's box number. Sort of like the telephone operator at the old-fashioned switchboard that functioned here until the earthquake. Nice for the customer.

In 1958 the United States mail was delivered, door to door, for the first time in the history of Tehachapi. Those first few weeks found carriers looking for house numbers that didn't exist though residents had been forewarned for weeks ahead to fasten numbers to their houses. Hometown memory helped the carriers in those early days. Despite the difficulties, every piece of mail was delivered on that long ago day.

Today, when I walk into the Post Office I am greeted by my name with a friendly hello. The population has increased, but the hometown atmosphere still lingers. It can't get much better than that. "Good deed doers" on duty.