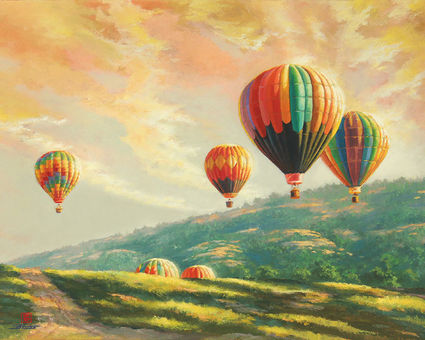 Donald Towns is a fine arts painter with background as an animation illustrator for Disney Studios working on award-winning films such as "Beauty and the Beast", "Aladdin", "The Little Mermaid" and the original "TRON". Donald has been featured in the TV movie documentaries "Making of the Little Mermaid" and "The Art of Disney Animation".

Looking over his life, Donald says "it has been a phenomenal ride."

Today he is launching his collection of personal fine art paintings on his website, http://www.donaldtownsart.com.

Raised in Atlanta, Georgia, the only child of his hardworking mother, Barbara Towns, Donald pursued a path that seemingly no one in the struggling African-American community considered a legitimate profession. In a time and place where it was difficult for young black men, Donald's artistic spirit and drive to create pushed him forward. From his earliest years Donald's dreams were different from most of his peers.

He had a passion for art, and despite being unable to afford supplies, he would doodle on the end pages of books for practice. In 1974 while working as a portrait artist for Six Flags Over Georgia, two friends, who would turn out to be very influential in his life, urged him to consider art school.

Donald moved to Chicago, Illinois to attend the American Academy of Art. During his time there Donald was mentored by Chicago Defender of Fine Arts, critic, Earl Calloway, who introduced Donald to the likes of actress Pam Grier, and opera singer Leontyne Price. A young Michael Jackson showed great interest in Donald as they discussed their mutual interests while Donald sketched Janet Jackson's portrait. After college, Donald moved to California where he found his career at Disney and met his wife, Karen. With the addition of digital painting added to his talents, he has freelanced for several companies and was "privileged to work with the late Thomas Kinkade" as a digital concept artist.

Come join us for a magical July 6 First Friday Event at Gallery 'N' Gifts and enjoy the work of Tehachapi resident Donald Towns. 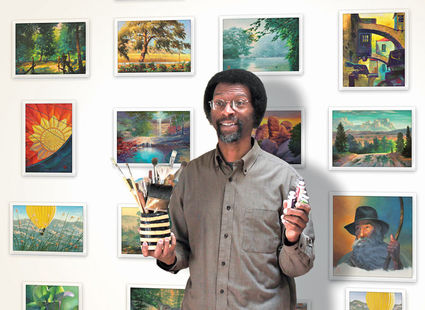