Lest we forget – Memorial Day 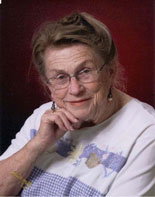 It was brought to my attention that the monument in Philip Marx Central Park has been, once again, defaced by unknown parties. Those attending the Memorial Day Service will be able to see the damage done. It's a shame that people cannot look at the names on the plaque and know the story behind them. These are the names of what we term Gold Star veterans: people who were killed in action. If those doing the damage were to know, just a few of the facts, they would never dream of doing harm to the memory of those listed. Each one has its own story. Twenty–six names are on the plaque. In no way can I know the story behind each name but if I list a few, I can make my point.

Benjamin Martinez, Jr. son of Benjamin Martinez, Sr., was in the Battle of Luzon in the Philippine Islands. A graduate of Tehachapi High School, an honor student, enlisted in the Army at the outbreak of World War II. He was killed when obeying an order to "cover a retreat." When covering a retreat the odds for survival are pretty slim.

Jack Mathiesen, another young Tehachapi man, was the son of local well known woman, "Aunt Minnie Mathiesen" who cooked at the grammar school cafeteria for many years. Jack was a tail gunner on a World War II military aircraft, I believe a B-52. A tail gunner was a crewman or gunner in the tail of the plane and was the first target of attacking fighter planes. Jack was killed in action.

Bob Cote and Manuel Cazares were friends all through grammar and high school. Each man served in Vietnam and both lost their lives in that far away country. These two friends' graves, in Westside Cemetery, are a mere ten feet apart.

Edward "Eddie" Haubrich, United States Navy, World War II. Injured in a torpedoed ship. Died in a life raft. Lowered over the side to make room for those living.

So many more. We live in a wonderful community of caring people but once in a while an incident occurs that turns into a sad tale. The tale, fortunately, is not the "norm." Good deeds still outweigh the bad. People are thinking the damage to the monument can be repaired. Let's hope so.

This past week the American Legion and Auxiliary members have offered Poppies to the public in memory of those who have fallen in battle and to honor all veterans. People stop by to donate and talk about a father, son, uncle, etc., who has served. Before you know it, you have a new friend.

This year we were able to display "Poppy Posters" which were created by students at Tompkins Elementary. Those young artists will be happy to know that their artwork was appreciated.

While we're speaking of brave people who lay their lives on the line in performing their duty we must not forget our public servants here at home. Policemen and fireman leave for work each day not knowing what sort of problems will occur that could change their lives. The world is full of heroes. There is much for which we must be thankful.