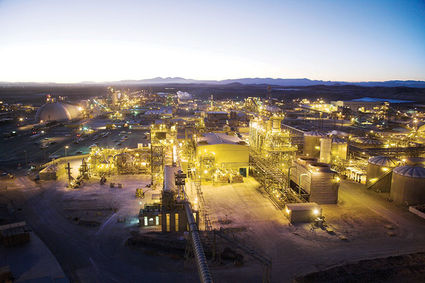 Rio Tinto, owner of one of the three largest borate resources in the world and the largest open pit mine in California, welcomes visitors to its Boron Visitor Center, seven days a week from 9:00 a.m. to 5:00 p.m. Boron is 51 miles east of Tehachapi on Hwy.. 58.

Mary Beth Garrison, the company's Boron public relations director (above, speaking at the Feb. 7 meeting of the Greater Tehachapi Economic Development Council at the Tehachapi Police Department community room) has a team of hosts to guide visitors around the industrial complex.

Global mining entity Rio Tinto acquired the founding company, U.S. Borax, which has been in operation in California for 145 years. U.S. Borax operated its borate mine for 55 years at a site in Death Valley and for the last 90 years at the Boron location. Rio Tinto is based in the U.K. and Australia and has mining interests around the world. The other major borate deposits are in Turkey and Argentina.

Rio Tinto's 2017 annual report, released on March 2, 2018, says that new geologic studies have altered the time line of the life of certain portions of the mine.

According to a press statement that accompanied the release of the annual report, "Rio Tinto's 2017 annual report, released to the market today, includes significant changes in estimate of Ore Reserves and Mineral Resources at the Boron open pit mine in Boron, California (RTB Boron), compared to the previous estimate in the 2016 annual report. 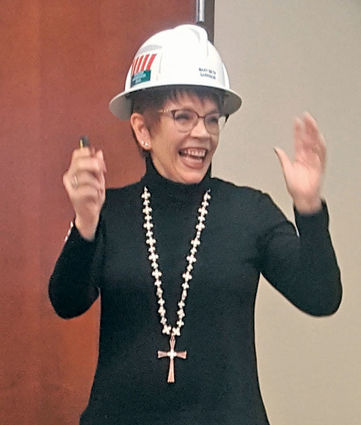 "Following this write back of Ore Reserves the operating life of RTB Boron has been reduced by seven years and is anticipated to run until 2042.

"Calcium borate exttraction options and economics will be reviewed in the future as required subject to market opportunities and updated technical assessments."

See http://www.riotinto/media/media releases 237_24548.aspx for press rlease and link to the geologic report.