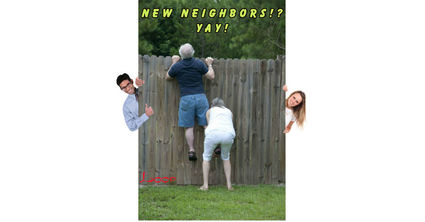 Victoria DeHaas arrived in Tehachapi in mid-January from Las Vegas, Nevada accompanied by her seventeen year old daughter, Elisa. As much as she was attracted to our beautiful mountain area, her true motivation was to be with her very first love, Paul Pleis, who has lived in Tehachapi for the last eight years. Victoria met Paul when she was 14 years old and they reconnected while she was living in Las Vegas. She also has family here, an aunt and uncle who have lived in Tehachapi for about 12 years.

Victoria was born in Tarzana, in the San Fernando Valley. An only child, she grew up in nearby Winnetka and graduated from Cleveland High School. She joined the U.S. Army at the age of 20 and for the next eight years trained with units that were involved with nuclear, biological and chemical assignments. She also had the opportunity to work as a dietician and that left her with the desire to someday go back to school and study nutrition.

She admits to having two failed marriages. Her two youngest children are in Nevada with their father. She had home-schooled her two youngest children, Nevaeh (10) and Davin (8), until her divorce. She credits her grandmother, who lives in Las Vegas, with helping her get back on her feet. She went back to school and was a nutrition major at University of Nevada Las Vegas. She hopes to be able to transfer her credits to a college in Bakersfield. Elisa, who is a student at Tehachapi High School, is hoping to become a veterinarian and currently has her eyes set on Perdue University.

For four years in Las Vegas, Victoria was a chef garde manger for Harrah's. Garde manger is a cool area where cold dishes are prepared and then kept under refrigeration. Her responsibilities involved salads, hors d'oeuvres, pâtés, and other cold foods prepared for the hotel restaurant. She added that she is now job hunting in Tehachapi.

Victoria said that she loves roller-rink skating and that is the one thing she wishes that Tehachapi had available. As a roller rink is not currently part of the city master plan, she will have to make do with skating on the bike paths.

Welcome to Tehachapi, Victoria and Elisa.

Barbara VerWest has a sister who has lived in Bear Valley Springs since the 1980s so it is no surprise that when it came time to retire she chose Bear Valley, as well. For the last fourteen years Barbara has been employed by the University of Oregon in Eugene and was Department Manager of German and Scandinavian Studies when she retired.

Barbara was born and raised in Glendale, California. Aside from her sister, Carol, in Tehachapi, she has another sister in La Jolla and a brother who is a doctor in Nipomo, on the coast near Santa Maria. Barbara said that she moved away from California in the 1970s and spent a number of years in Florence, an idyllic little tourist town on the Oregon coast. Florence is one of those little coastal towns that Oregonians flock to when they want a weekend away. It was there that Barbara took her first computer classes.

It was many years before she settled into academia. Barbara said that at one time she worked as an auditor for Bank of America. But it was in Eugene that she found her niche with the university. With the Department of German and Scandinavian Studies she had the opportunity to work with the students as Graduate Coordinator as well as head of the department.

Barbara said that she used to visit her sister in Tehachapi from time to time. Her sister at one time worked on the Milano Ranch in Stallion Springs, so she got a chance to experience ranch life up close and enjoy the mountains of Tehachapi. Now all she has to do is look outside her front door to find what seems like her own personal herd of deer wandering through her yard.

Barbara enjoys spending time sewing and reading and is in the perfect spot to do some gardening once she can fence a garden. Her house also has a small greenhouse attached to one side that she just can't let go to waste. She said that when summer comes, she is looking forward to learning to play Pickleball.

Bear Valley, of course, has Pickleball. Welcome to Bear Valley and Tehachapi, Barbara.