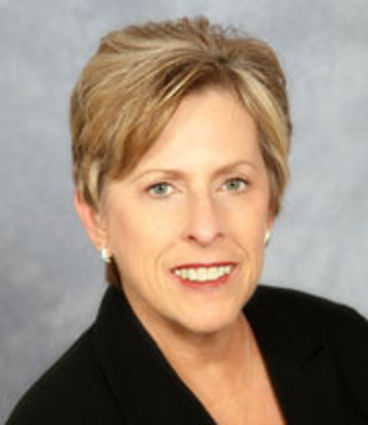 The city of Tehachapi recently released its 2017 year-end report, discussing projects completed and plans for 2018 which will be completed.

I found an article written by my mother Marion Deaver at the beginning of 1963 which, in essence, was a similar report for the city.

In 1963 Tehachapi was the only incorporated city in Eastern Kern, having formed its city in 1909. California City did not incorporate until 1965.

The article noted that the city's size had grown four times larger since 1962, approving the annexation of the property owned by Monolith Portland Cement Co, thus adding over 1,500 acres to the original 565.

The city had grown from a population of 3,161 in 1960 to 3,300 in 1963. The cement company requested the annexation to allow for "future development of subdivisions, commercial, and industrial uses."

Monolith announced it would donate an 80-acre site for a new park. The park was to be developed gradually and patterned after the Kern County Tehachapi Mountain Park.

City fathers at that time were eyeing the planning for construction of a 1,200 man facility at the nearby "California Rehabilitation Center," at a total cost of $15 million. City staff knew such a facility would have an impact on the city and its economy.

Payroll for the new facility would include 300 new employees and a payroll increase from $936,000 to over $3 million.

Schools in the city were already being impacted with new student enrollment. The voters had approved a school bond issue to provide $1.2 million for construction of a new high school in July 1963. The current high school was planned to be used as a junior high and the current junior high school would be converted into another elementary school.

Growth continued with almost every house in Tehachapi being occupied, including 31 homes that were built in the previous year. Permitted building values totaled $440,041.

To accommodate current and future growth the city was busy making improvements to its streets, water system, and adding new equipment. The police department was increased as well, adding a fifth officer and purchase of an additional police car.

Curbs, gutters, and street re-surfacing had been completed on Curry, Mojave, and I streets. The city also installed an eight-inch water line on Curry, with plans to extend it in 1963.

A new fire truck was ordered, totaling $22,000, which would bring the city fleet up to three. The truck was scheduled to arrive in February 1963.

Turf, seed crops, apples, and pears were prominent in the agriculture arena, along with less frost hardy nectarines and peaches.

Rock hounds came to Tehachapi for the first time in the fall of 1962, with a rock show and field trips to nearby mountains.

The annual Old Timers Picnic continued each August in the city park, drawing old timers and visitors from "all over the state."

The annual July 4th (then referred to as Independence Day) celebration was held for the "youngsters, with a parade, games, food, and prizes". (Sound familiar?)

An annual Christmas (not holiday) spirit was emphasized with a home and business decorating contest, which yearly "transformed the city into a lighted fairyland."

The city's recreation and park district provided activities, which went into high gear in the summer, from swimming to parks, all supervised by Recreation Director Andrew Snyder.

Astronauts even enjoyed Tehachapi, learning about glide techniques at the Fred Harris Soaring School in preparation for Gemini projects.

So Tehachapi, since its beginning as a city in 1909 with gas street lights and dirt streets, looked forward to 1963 as "a year of great promise."

The same can be said for 2018, as the city continues to grow and prosper.