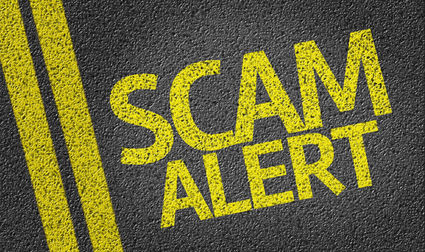 Better Business Bureau serving Central California and Inland Empire counties is issuing a warning to consumers regarding a security impostor that has been going door-to-door in Kern County.

This impostor is posing as a Tel-Tec Security Technician and going door-to-door with the hopes of gaining access to residents' security systems, and the inside of their homes.

The impostor reportedly showed up at a woman's home late last week claiming to be with Tel-Tec Securities. He told the woman that he needed to get inside her home to check her security system. When the woman asked why, he reportedly said it was to verify that she has the correct model.

The man could not provide the woman with any identifying information, such as a badge or an ID number.

When the woman would not let him into her home, he became very hostile and rude and responded with "fine I don't have time to fool with you." That is when the woman closed her door and reported this to Tel-Tec, where they confirmed with her that they do not have a technician on site, or one scheduled.

The man was wearing jeans and a t-shirt, carrying a clipboard, and was not seen entering or exiting any vehicle in the neighborhood.

This reportedly is not the first time Tel-Tec has been notified about an impostor claiming to be working for them, but hopes this will be the last.

Tel-Tec Security Systems currently has measures in place to protect their customers from allowing a "bad guy" to enter their homes and mess with their security system.

According to Tel-Tec, their technicians will always be in uniform, have a badge on, will arrive in a branded vehicle, and all appointments made will follow with a confirmation call prior to their visit.

When dealing with door-to-door solicitors, it's best to do your research. Request to see identifying information like a badge or an ID number, and verify it for accuracy. Ask them to return at a later time, then call the company to verify if their information is correct. It's best to find the company's phone number on your own and call them directly. The number they provide you with may be a part of the scam.

Also, if they are rude or hostile to you in any way, it's best to ask them to leave and close the door. No reputable company would operate this way.

If you see suspicious activity like this happening in your neighborhood, it's best to report it to local law enforcement.

For more information about this scam, please contact Owen Freeman, Tel-Tec Security Systems Vice President at (661) 397-5511 or at owen.freeman@tel-tec.com

About BBB: For more than 100 years, Better Business Bureau has been helping people find businesses, brands and charities they can trust. In 2017, people turned to BBB more than 160 million times for BBB Business Profiles on more than 5.2 million businesses, and Charity Reports on 11,000 charities, all available for free at bbb.org. There are local, independent BBBs across the United States, Canada and Mexico, including BBB Serving Central California & Inland Empire Counties which was founded in 1950 and serves Fresno, Inyo, Kern, Kings, Madera, Mariposa, Merced, Mono, Tulare, Riverside and San Bernardino counties.