Kiwanis learns about the origins of GPS 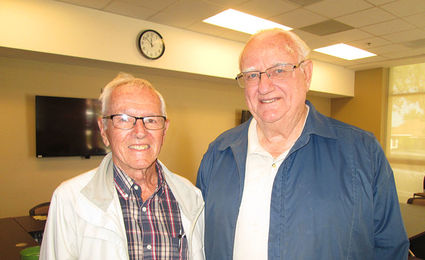 Kiwanis members were informed about the development and secrets of GPS when Larry Wells spoke to the Club recently. For 30 years he worked at Interstate Electronics Corporation, a company that specializes in GPS technology. Although he retired as a senior engineer, the company often calls him back to help on a consultant basis.

Satellite navigation systems were developed by 1962, and GPS development was initiated in 1974. However, it was used just by the military, and it was not until the late 1990s that GPS was used commercially. That was when the receivers became small enough to be practical for personal use.

Members asked Wells why their GPS sometimes gives incorrect directions, but he shrugged and said things don't always work perfectly. Nevertheless, everyone agreed they like the feature in their cars and phones.

Kiwanis meets each Wednesday at noon at the Police Department community room, 220 W. C St. The goal of Kiwanis is to provide service to the community and improve the lives of children and young people. Call 822-5379 for more information.