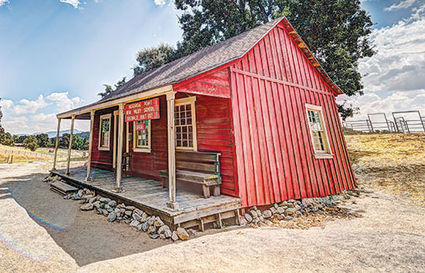 • It has been moved several times since it was built in 1872. The last move, from the Fickert Ranch to its present location, occurred when Dart Industries began developing Bear Valley Springs.

• Over the years natural elements and man contributed to its deterioration.

• In 2004, a Preservation Task Force, as branch of the BVSCAA, was formed.

• Fundraisers (an old-fashion box social, slates with donor's names, a yard sale, etc.) were organized to provide the funds for the project.

• Gloria Gossard wrote two books and donated all profits to the restoration fund.

• A professional restoration specialist was contacted and his advice was incorporated into the plans for the preservation of the School House.

• As it was with the original construction of the School House, which was built by volunteers, the Bear Valley Springs School House was preserved by volunteers including members of the BVS Men's Club.

• The door handles of the front door of the Oak Tree Country Club were custom made to represent the brand "88" – which was registered to Frederick Fickert and the Fickert Ranch.

The first inhabitants of Bear Valley were the Kawaiisu, who called themselves Nuooah or Nuwa. Kawaiisu was the name given them by neighboring tribes. You can still find grinding holes left by them. The new Kawaiisu Preservation site will be dedicated soon (see article on page 11).

The first resident of BVS was Josiah Hart. Fred Fickert, his wife, and children moved to Bear Valley in 1869. By 1873 there were a number of children needing schooling in BVS. The Fitzgerald School District was formed and John Hickey was hired as the teacher. The school was built by volunteers and probably located near the present day fire station. By 1875 there were 15 families living in BV with 25 students enrolled in the one room school. The school was closed during the winter. In 1876 Hickey had a disagreement with one of the trustees and left his position. Emma Varnack became the teacher in July 1877, but the school was again closed for the winter. Miss M. E. Mauldin became the teacher from 1880-81.

In 1888 Miss Thompson reported good attendance and that the school was flourishing. The school was usually closed in the winter and days open depended on harvesting of crops and weather conditions.

By 1898 Fickert had bought out most of his neighbors and there were only 7 students enrolled.

• "The Fickerts of Bear Valley" by Eleanor Engelstad

• "The Long Road to Tehachapi" by Judy Barris

The first two are no longer in print. "The Long Road" is available for sale at the Museum. 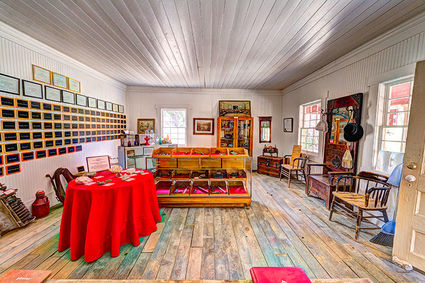