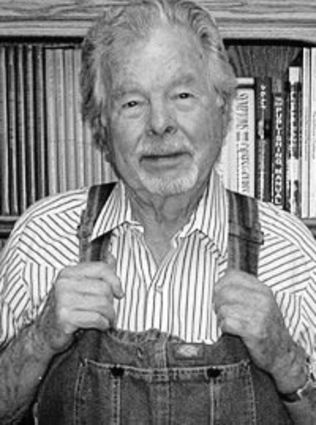 Our middle daughter and her husband operate a law firm in Atlanta. Margaret likes to cook so once a week she puts on a noon spread for the other lawyers and employees in the office.

Not long ago, remembering her childhood thrill when Dad brought home the ingredients for banana splits, Margaret offered all the makings for banana splits for her co-workers to assemble as they wished. The results astounded her. The younger folks had no idea how to make a banana split, needing an on-the-spot seminar. Those over 40 not only knew exactly how to create the ultimate banana split but, in Margaret's words, "reverted to ten-year olds, pushing and shoving and grabbing for the makings."

Until Margaret passed along this anecdote I wasn't aware that banana splits have gone out of fashion, the victim of weight control and cholesterol hysteria. What a pity so many young people haven't experienced the heavenly delights of the banana split, put together in the time-honored fashion. How could we have let this happen?

In my youth, a banana split was the ultimate dessert. Soda fountains and other places that sold ice cream treats built their reputations on the worthiness of their splits. It was considered the ultimate treat for both young and old. A kid felt his birthday had been ignored if it hadn't been validated with a rich and gaudy banana split. Resulting stomach distress was considered an acceptable price to pay.

Teenagers especially relished this delicacy. Looking back to my high school days I can still see boys in tee shirts, crew haircuts, white socks and moccasins blowing a week's earnings on banana splits for themselves and their girlfriends, who were decked out in wide skirts, cinch belts and saddle shoes. I don't remember any anguish over calories. Cholesterol? It hadn't been invented yet.

For the benefit of the underprivileged who have never known the delights of a banana split, let me briefly summarize the rules. A proper banana split must be built in an elongated dish to accommodate the basic banana when it is split lengthwise (hence the name). On top of this go three scoops of ice cream: vanilla, chocolate, and strawberry. Next go the toppings which, at any respectable soda fountain, consist of chocolate, pineapple and strawberry sauces. Traditionalists say the chocolate goes on the vanilla, strawberry sauce on the chocolate ice cream and the pineapple sauce on the scoop of strawberry.

After that some artistic freedom is permitted. You can top off the split with a pile of whipped cream covered with chopped walnuts and, for one final touch of decadence, one to three maraschino cherries. Or if you want to be wildly unconventional, you can put the whipped cream on top of the walnuts and cherries. Can you imagine any youngster being denied this epicurean dream? Talk about child abuse!

If you don't know Bill: Bill Mead was the longtime publisher of the Tehachapi News, along with Betty Mead, his wife and partner of more than 50 years. Known for his keen wit, which could be gentle or scathing or somewhere in between but was often self-deprecatory, Bill's writing won him a wide following among News readers. His column "The Overall Picture" ran in the News for more than 25 years, and in 1999 he published a collection of his columns in a volume entitled The Napa Valley Outhouse War. His book is currently available for sale at the Tehachapi Museum for $10.