By Tina Fisher Cunningham
The Forde Files No 82

The Forde Files No 82 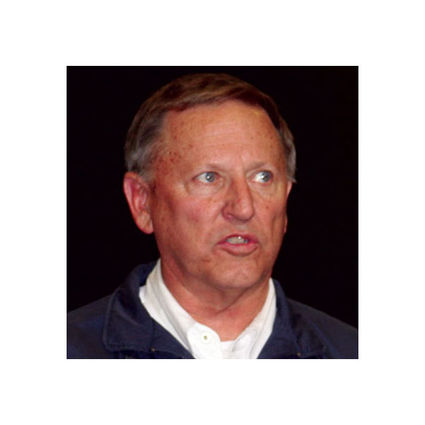 The Oct. 31 breakup of Virgin Galactic's SpaceShipTwo during a test flight over the Mojave Desert, an event of worldwide and historic impact, was an intimate blow to the Tehachapi community, the home of both pilots and many of the 400 employees of Scaled Composites, the developer and builder of the project.

Co-pilot Michael Alsbury, 39, who died in the accident, is survived by his wife Michelle and two young children. Scaled Composites is sponsoring a web site to provide assistance to the Alsbury family, who state on the site that they have been comforted by the outpouring of love and support.

SpaceShipTwo pilot Peter Siebold, 43, was able to parachute to earth and survived. He underwent shoulder surgery at Antelope Valley Hospital and was released Nov. 3. Siebold's epic fall from the cold, oxygen-deprived altitude of approximately 50,000 feet has become the object of intense interest to aviators.

The National Transportation Safety Board Acting Chairman Christopher A. Hart, on Nov. 2 in his second press conference following the accident, quickly put to rest the initial speculation that a new fuel mixture had caused an explosion. He said the engine and fuel tanks were found intact with no breach and no burn-through. 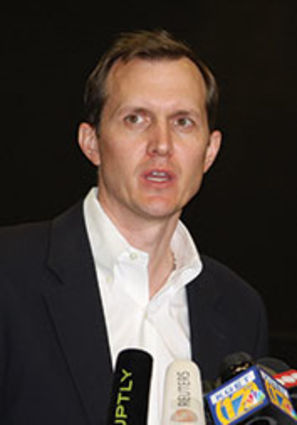 He said that the first step in a two-step process to put the tail booms in a position to create drag and stability for re-entry – moving a lever manually from "lock" to "unlock," -- had occurred prematurely during rocket burn. Subsequently the second step required to complete the feathering of the booms took place uncommanded – that is, without the necessary human command.

Hart emphasized that the preliminary findings were a statement of fact, not cause. "We're a long way from cause," he said.

The investigation, he said, likely will be completed in less than a year because so much data is available from the test flight. The report will be accessible on line for peer review and public scrutiny.

The NTSB praised Kern County Sheriff's Office for securing the site and for its cooperation in helping investigators navigate the 40-mile-long debris field. People who come across accident debris are asked to contact the Sheriff's Office.