The Dance Craze is Here! 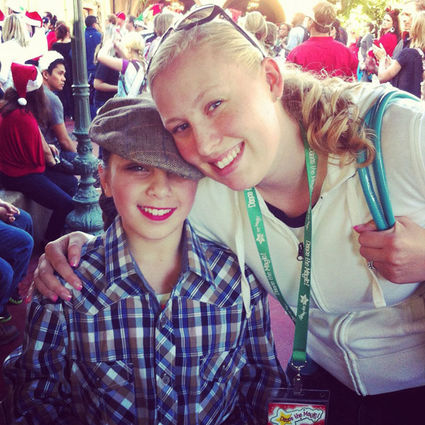 Whether its watching a 4 year old close their eyes and become Elsa in class while dancing to "Let It Go", or a student achieving 7 turns, or a girl who is having a hard time in school finding a release in dance or the students who call The Dance Craze their second home, Joscelyn Rivers truly believes she has the best job in the world!

The Dance Craze is dance studio and dancewear store located inside the Great Oaks Plaza on Valley Blvd by the Butcher Shop and Hope Academy. Its 2000 square foot facility offers a dance wear store, large wood sprung dance floor, dressing room, and a large parent waiting area equipped with a closed circuit television so parents can watch their dancers.

Owner and teacher Joscelyn Rivers, or "Miss Joscelyn" to her dance students, has been a local resident of Tehachapi for 15 years and has been dancing since the age of 3. She trained in Tehachapi and Lancaster and was part of a competition team since she was 5 years old, traveling to Las Vegas, Disneyland, Orlando, Florida, and much more. She has received many first place trophies and special awards such as the "Al Gilbert Award" (a tap legend) and being selected out of thousands to be part of a program in Orlando, Fla. dancing at Disney World and taking classes from world renowned choreographers.

Miss Joscelyn has been teaching for 8 years and is the recipient of "Teacher of the Year: 2012" from Rainbow Dance Competition. She is constantly trying to improve and develop her knowledge of dance by attending teacher workshops and attending events such as IHollywood Dance and the Dance Life Teacher Convention. She has also taken various master classes with Nick Lazzarini, Benji Schwimmer, Mia Michaels, Mandy Moore, Katy Spreadbury, Misha Gabriel, Bobby Newberry and more. Miss Joscelyn fell in love with dance at a young age and dreamt of the day she could own her own dance studio. Edwards Dance Factory was started in Edwards AFB, Calif. in January of 2007 and developed to a highly successful dance program where she taught for 5 years.

In 2012, she was presented the opportunity to open her own studio in Rosamond and decided to name it "The Dance Craze." Now, two years later, her goal of moving her studio to Tehachapi has been achieved. She looks forward to bringing an amazing program to serve and represent Tehachapi! When she is not teaching she loves spending time with her husband, Daniel Rivers and children Brooklyn and Mason.

She has an award winning competition team that has achieved many top honors including Double Platinum, Platinum, High Gold, Gold, 1st Overall Awards and Special Judges Awards. They were also the 2012 National Grand Champions in their age group. Her dancers are also featured in the Disneyland parade, dancing on stage at California Adventure, dancing in the Christmas Day Parade at Disney World and have been invited to New York City. 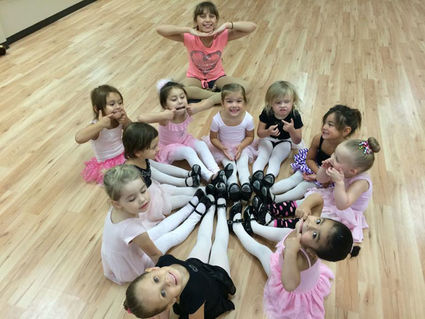 The Dance Craze is also offering a dancewear store with dance attire for ages 2 and up including skirted leotards, legwarmers, tutus, tights, dance costumes, shoes and more! They carry Revolution, Capezio, Body Wrappers, Bunheads, Bloch and more. They are always offering specials, are competitively priced over surrounding area stores and are a local option for your dancewear needs.

Miss Joscelyn fully believes that a great dance education will not only prepare you for the dance world but will prepare you in all aspects of life. She wants her studio to be warm, friendly and inviting to everyone who want to dance. The Dance Craze strives to creating well rounded dancers who are known in the dance world for not only talent but for being respectful and friendly to all.

Classes began on September 3 and are filling quickly. You can register in the studio from 3-8 Monday through Friday or online through their website at thedancecrazeonline.com. You can also find them on Facebook.

They look forward to welcoming you into The Dance Craze family!