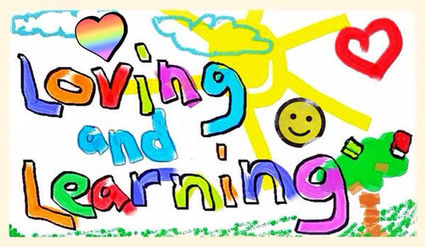 My supposed-to-be-ticking motherly stopwatch seems to have cool jets for a woman of 30. I suppose my biological instincts to coddle and coo are aptly fulfilled through my job: I work at a daycare center, and once you read the following list of "notable events" from my day today (and typical of most every work day), maybe you'll understand why I have decided I don't necessarily need kids of my own.

Dudley was running to catch a ball I threw to him and tripped over his own goofy feet, landing in something wet that had been spilled by one of the others earlier in the day. His bangs are so long he can barely see, and he must have two left feet, because I've never seen a boy so clumsy! We had to clean him up then for about the third time in one morning!

Lilly and Murphy each independently decided that one particular toy was the one they had to have, so they fought over it like dogs over a bone until I had to confiscate it from both of them. Lilly cried and pouted, while Murphy – knowing from behind my back that I was preoccupied and thus wouldn't see him - attempted to jump up and get the toy off the shelf I had set it on. In so doing, he managed to bring the entire shelf crashing to the floor, smack dab in the middle of naptime. Of course, then all the babies woke up; receiving the cue from their elder examples, they all began to wail and whimper until the entire center was ringing with ear-piercing screeches and moans.

In the nursery, little Louie was inconsolable, so I picked him up and rocked him until he finally began drifting back to sleep. Knowing that Louie was at peace, Baxter, Logan and Ellie followed me around whining – forcing me to pick each of them up one at a time and rock them until their eyes once again became heavy. Although they are small, they each seem to weigh a ton. Even though my better judgment tells me not to reward whining, I must admit that sometimes I do it just to stop the noise!

Meanwhile on the big kids' playground, Jack bit Lola – actually drawing blood. Newman taunted us adult supervisors with inappropriate language, and pretended not to hear us when we told him more and more firmly to knock it off! Clyde flirted relentlessly with all the girls, causing them to argue over who saw his pretty eyes first. Charlie bullied Sandy into a corner on the playground until she shook, and actually lost control of her bladder. Lexie missed her mom and dad so much that she occupied the opposite corner of the yard and wouldn't budge, no matter how emphatically we tried to persuade her. By midday, it was pouring so hard we had to shuttle everyone inside – wet, hyper and anxious from the thunder and lightning - and come up with activities to keep everyone busy for the long remainder of this rainy summer day.

For clarification, I should tell you that Dudley is an enormous English sheepdog with paws bigger than my hands, and so much hair in his face he can hardly see where he's going. Lilly is a Bichon-poodle mix; Murphy is a Jack Russell terrier with an endless reserve of energy and stubbornness, and is too smart for his own good! Louie is a Shi'tzu. Baxter's an old, long-haired dachshund who wants nothing more in life than a good belly rub. Logan's a stubby little spaniel mix with a mischievous streak. Ellie's a skinny little Vizsla (I call her Ellie Bean). Jack is a rambunctious yellow lab, Lola a bulldog with a pink studded collar. Clyde is a beautiful golden lab with eyes the hue of amber, and a smile that could melt the polar ice caps. Lexie is a portly beagle who sleeps the day away on a little doggy-cot, pining for her people to come and take her home.

Like I said, I'm not sure I want kids.

Give me dogs instead.